skip to main | skip to sidebar

Met with Anne Randall today, Agronomist/Technical Advisor at the French NGO Group for the Environment, Renewable Energy and Solidarity (GERES - pronounced 'jheh-rehz', not 'Gee-reez' - it's French after all!) to compare notes and share information between projects.

It's one of the simplest, most important things an NGO can do - share information with other NGOs working in the same area - so that learning curves can be accelerated (mistakes don't have to be made twice if shared), and projects can grow to flourish and complement each other.  Based upon our meeting today and the information shared from both sides, the potential for this to occur between the GERES and ADRA projects is significant.

GERES are the good folks that brought us the Passive Solar Greenhouse design in Ladakh which have achieved year-round vegetable production down to minus 25C at approximately 3,000 meters above sea level (and which we modeled during the Permaculture Design Training for the classes on passive solar greenhouse design).Anne picked up on theGreenBackpack doing further research for her current project, which is to develop & implement a passive solar greenhouse design which can achieve year-round production in Mongolian conditions (illustrating, by the way, another permaculture principle: Multifunction, in which this daily log also functions as an informational resource, a networking tool, and a historical record for future volunteers and aid/development workers to build upon in Mongolia).Since operating in Mongolian conditions from only August of last year, GERES has already achieved a 3-seasons greenhouse design, using a double-layered, concrete block / brick clad walls insulated with polystyrene (floor must be insulated too), single-sheet polyurethane plastic sheeting (imported from Korea, expected 2-year lifespan), a reflective 'solar blanket' type insulative layer for nighttime, and specially calculated steep-angled 'glass' (plastic) wall to maximize solar gain for Mongolia's latitude.

We shared and discussed challenges, mistakes, and lessons learned about our respective projects, and spent the next two hours brainstorming possible solutions for achieving year-round production within the greenhouse in Monoglian conditions.  Here's a quick list of some of the solutions we came up with:

Ideas were flying so fast & furious that I am sure there are a few things I've missed; the point is that when like minds collaborate towards a common goal,

In other words:None of us
Is as smart
As ALL of us. Best wishes to Anne and the rest of the team at GERES-Mongolia, we hope to continue to support and collaborate with them towards achieving their project goal of building 180 passive solar greenhouse for family beneficiaries throughout Mongolia over the next two years.A bientôt!

List of useful web resources from Anne Randall (merci beaucoup!) to help you with your passive solar greenhouse design: 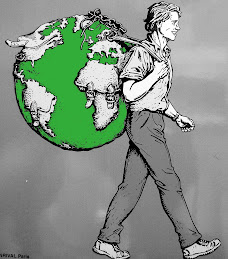 What would you do if you lost it all? A Spoiled Islander's Modern-Day Quest For Fulfillment
And The Answers To Life’s Important Questions, Like:
Why Are We Here? What positive impact do I want to make on the world? and How did they put bubbles in beer anyways?
 Matthew K Lynch, 2011. Powered by Blogger. 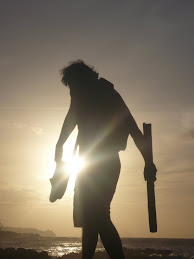